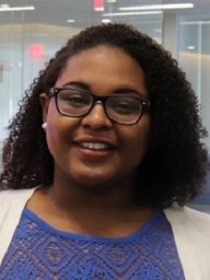 Alexis Landrum
The University of North Carolina System Interim President Bill Roper has named Alexis Landrum, a UNCW graduate, one of three grads that will serve as Presidential Scholars for the 2019-20 academic year, according to a news release.

Landrum is a recent graduate of the University of North Carolina Wilmington, with a bachelor's degree in communications studies and international studies and a minor in German studies, according to the release.

The Presidential Scholars serve one-year appointments and were selected from among 2019 UNC System graduates, officials said.

“The scholars assist the UNC System with crucial work, while they also earn valuable experience in their preparations for promising careers in public leadership. We are proud of them for this high achievement and anticipate a great working relationship in the coming year,” Roper said in the release.