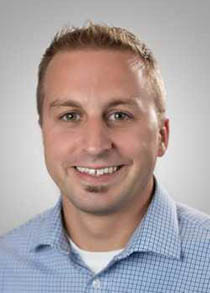 Myers started his news career at WSAZ-TV in Huntington, West Virginia, shortly before graduating from Marshall University. He came to WECT in 2016 as the morning executive producer and was later promoted to dayside executive producer.

During hurricanes Matthew and Florence, Myers helped lead the newsroom’s multi-platform operations. He also produces the weekly Tech Connect program, and, according to the news release, was instrumental in the development of the WECT Digital Studio, which was recently awarded a 2019 Regional Edward R. Murrow Award for Excellence in Innovation.

“Over the past three years Brad has displayed solid leadership in his roles within the newsroom and brought a wealth of experience and knowledge from his 12 years prior at WSAZ in Huntington, West Virginia,” Mark Mendenhall, vice president and general manager of WECT, said in the release. “He is surrounded by a great news team and I have no doubt that his energetic and collaborative style will continue to build on the great tradition of news that WECT is known for in the Cape Fear region.”

The 2019 Regional Edward R. Murrow Award won by WECT was presented by the Radio Television Digital News Association (RTDNA) and "recognized WECT’s work over the past year with innovative ways of reaching the audience," the release stated. The TV station's entry for this year included two outreach products launched by WECT over the past several months: a digital studio and a community Facebook page to share concerns and interact more closely with viewers and residents.

The digital studio is a one-person operation that allows a journalist to call up live video from several sources, conduct interviews in the studio or on location through Skype, FaceTime or other options, all while speaking directly to viewers over broadcast, digital and social platforms, officials said.

"The studio took on added significance during Hurricane Florence, when WECT journalists shared pictures, live feeds and gathered information over 87 hours of continuous coverage in September 2018," the release stated.

The WECT Community Voice Facebook page was launched this past summer as a way for people to share thoughts, concerns, story ideas and interact with journalists about those stories in a membership setting.

"During the hurricane, our membership increased by the thousands, with lifesaving information being shared among citizens looking for assistance," the release stated. "Now over 17,000 members strong, the page continues to be a source of information on various topics."

Since 1971, RTDNA has handed out its honors in several categories related to electronic journalism.