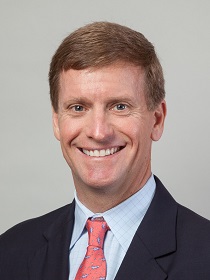 Jim Hundley
The YMCA of Southeastern North Carolina has announced the new leadership of its board of directors, according to a news release.

Jim Hundley, executive vice president and director of preconstruction for Thomas Construction Group, will serve as chair of its board of directors.

Hundley will serve a two-year term that will end in 2021, officials said. He was appointed to the board in 2012 and has served as vice chair.

Rudd, who has been on the Y's board since 2011, stepped down as chair in January.

During his time as chair, he saw the organization through the renovation project of the Y's location at 2710 Market St., which was badly damaged in fire in February 2015. Rudd also worked toward the development of the Midtown YMCA, officials said in the release. He will continue as a board member for two years.

Russell Herring, CEO of AssistedCare At Home, has been selected as vice chair of the board of directors. He was appointed to the board in 2014. He has also served as chairman for the YMCA’s Capital Campaign Committee.

And Corby Johnson is treasurer and secretary of the board, which he has served since 2013. He is interim chief audit officer at the University of North Carolina Wilmington.