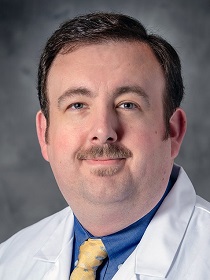 Jennings Nestor
Coastal Pulmonary Medicine – NHRMC Physician Group, has welcomed Jennings Nestor to the practice, according to a news release.

Nestor will be among physicians within the practice that diagnose and treat diseases and conditions of the lungs. Officials said he will be providing patient care for lung diseases and critically ill patients in New Hanover Regional Medical Center’s intensive care unit.

Nestor earned his medical degree from West Virginia University and completed his residency at Carolinas Medical Center in Charlotte, according to the release. His subspecialty training was conducted at the Medical University of South Carolina in Charleston.