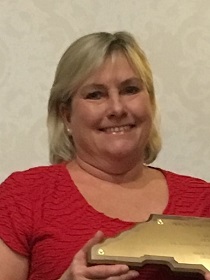 Carolyn Moser
Carolyn Moser, Pender County’s health director, has been named N.C. Health Director of the Year, according to a news release.

Moser has served in the public health sector for 36 years, county officials said in the release.

“It’s an honor to be recognized by your peers,” Moser said in the release.

She has been the county’s health director since 2011, according to Pender County.

Moser started her career in the Madison County Health Department in 1982 as a public health nurse. She has also worked as a state consultant in the child health division.

County officials said that Moser has made a significant impact on county health and human services since she came to Pender County.

In 2013, following a reorganization of departments, Moser was appointed the director of the newly formed Pender County Health and Human Services department.

She manages all programs provided by the health department and social services department. She also oversees the Pender County Animal Shelter.

“We congratulate Carolyn on this prestigious state award,” Pender County Manager Randell Woodruff said in the release. “She has made a tremendous impact on the health and services in Pender County.”