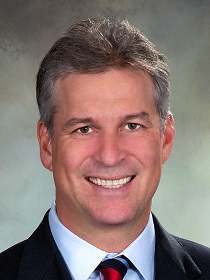 Carlyle presents the annual award to a CEO who best exemplifies outstanding leadership, business acumen and management excellence in leading a Carlyle portfolio company, according to a news release.

“I remember urging him to take the job back in 2012, and I have watched with admiration his superb leadership, strategy development and execution. I'm proud to see his selection for this award,” Gerstner said.

Simmons joined PPD as chairman and CEO in 2012, and under his team’s leadership, the number of employees has grown by more than 80 percent to about 20,000 professionals, and PPD’s total enterprise value has increased from about $3.6 billion to more than $9 billion, officials said.

“This honor is a direct reflection of the exceptional work of PPD’s professionals around the world who continually seek innovative ways to bend the cost and time curve of drug development. But our work doesn’t stop here. As the drug development landscape continues its rapid evolution, we remain committed to the pursuit of excellence and helping our customers solve their research and development challenges,” Simmons said in the release.

“We are fortunate to have a CEO of David’s caliber leading PPD,” Daniel A. D’Aniello, chairman of Carlyle, said in the release. “Under his leadership, PPD has accelerated its transformation into a dynamic, global contract research organization widely regarded as one of the most respected and innovative in its industry. With David at its helm, PPD today consists of a highly motivated, professional workforce whose mission is to help its customers deliver life-changing therapies to people around the world.”